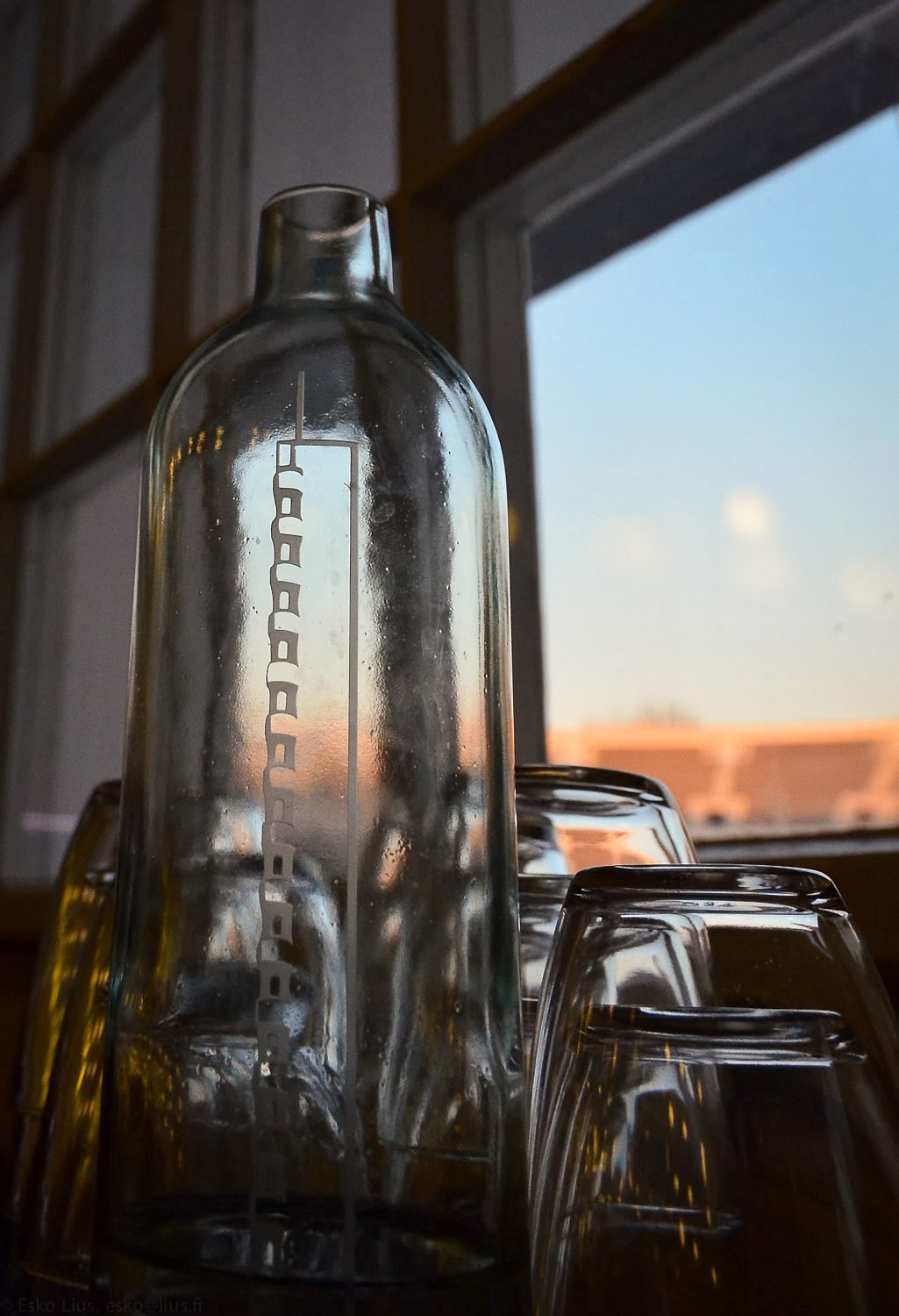 I think this picture has a story or two to tell about the history of Finland. 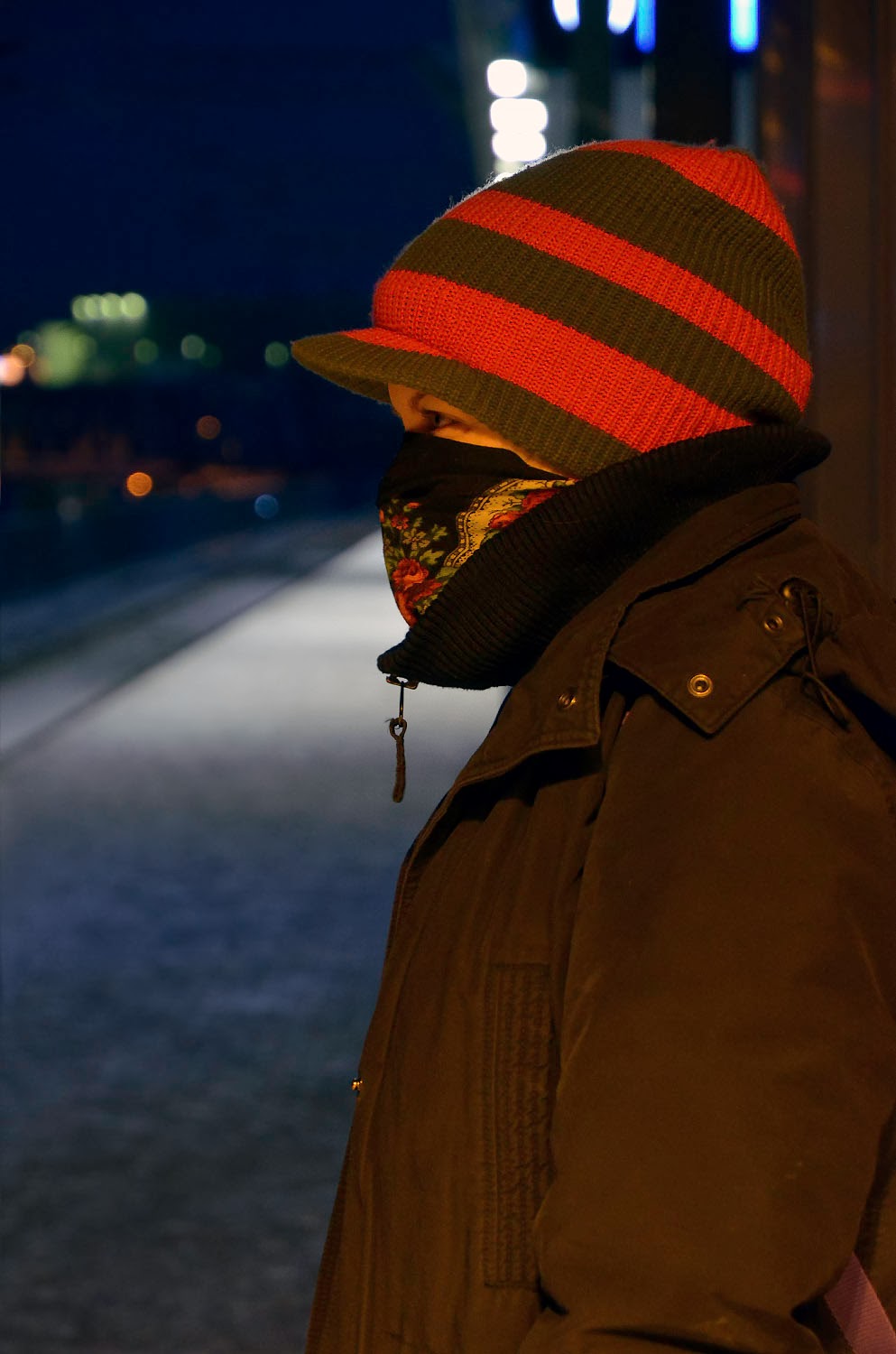 Not a proper summer yet. Her resolute defence against the Siberian attack is stylish. 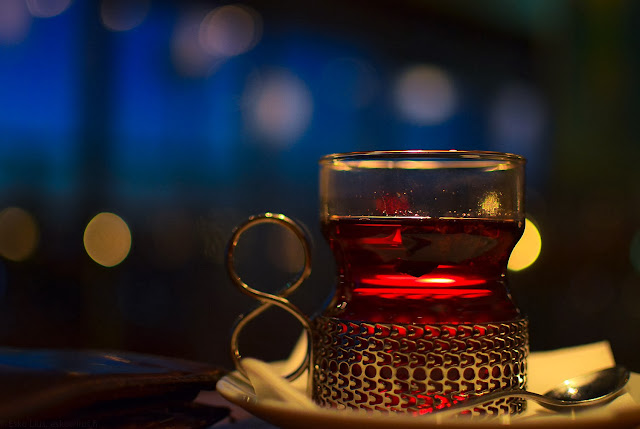 Nothing special this time. A candle behind the glass to illuminate that there’s mulled wine, not red wine. 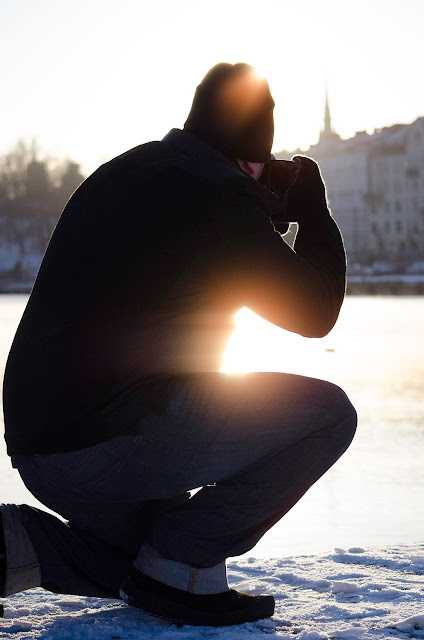 No heat haze distoring the photos of the brave tourists visiting Kauppatori market square shore line in the mid-January -15° C. The sea was just about to freeze. Tomorrow there’ll be an ice cover in the bay.

First he was to take the photo standing. Just when I entered his shadow, he kneeled down. I barely had time to imitate him and take the shot, when he was done with it and went away. 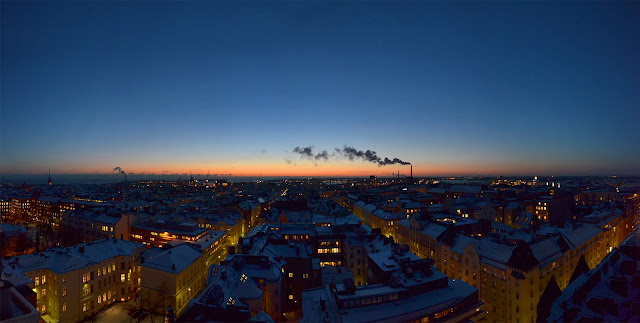 I started with taking a horizontal picture towards the point that would be the center of my panoramic image. I wanted to keep the darkness, so I underexposed –2 2/3 EV and the camera meter counted 1/200sec and f/3.5 at ISO1600. Because the lens didn’t have VR, I wanted to have a fast shutter speed and decided to settle on a big aperture even though it might mean some blurriness.

After that I set the camera in manual mode, so that every frame would use those same settings, and the lightness wouldn’t change between them. Then I took eight vertical photos, overlapping some 1/3 of each other.

The merge was done by opening Photoshop CS6, selecting File > Automate > Photomerge, and choosing these frames (see Adobe’s help page). Notice the tilt towards right – a tripod would’ve been useful.

I could have left it this way, but I wanted to apply traditional panorama format and cropped the image. Finally I added some part of sky to the upper left hand corner, and some part of the roof to the lower right hand corner. A tad of tone correction and sharpening. Done.

Or almost. After this I found myself annoyed with the curved horizon, and decided to do the merging again, this time with cylindrical mapping. Then, still some further editing and, long story short, the uppermost version. 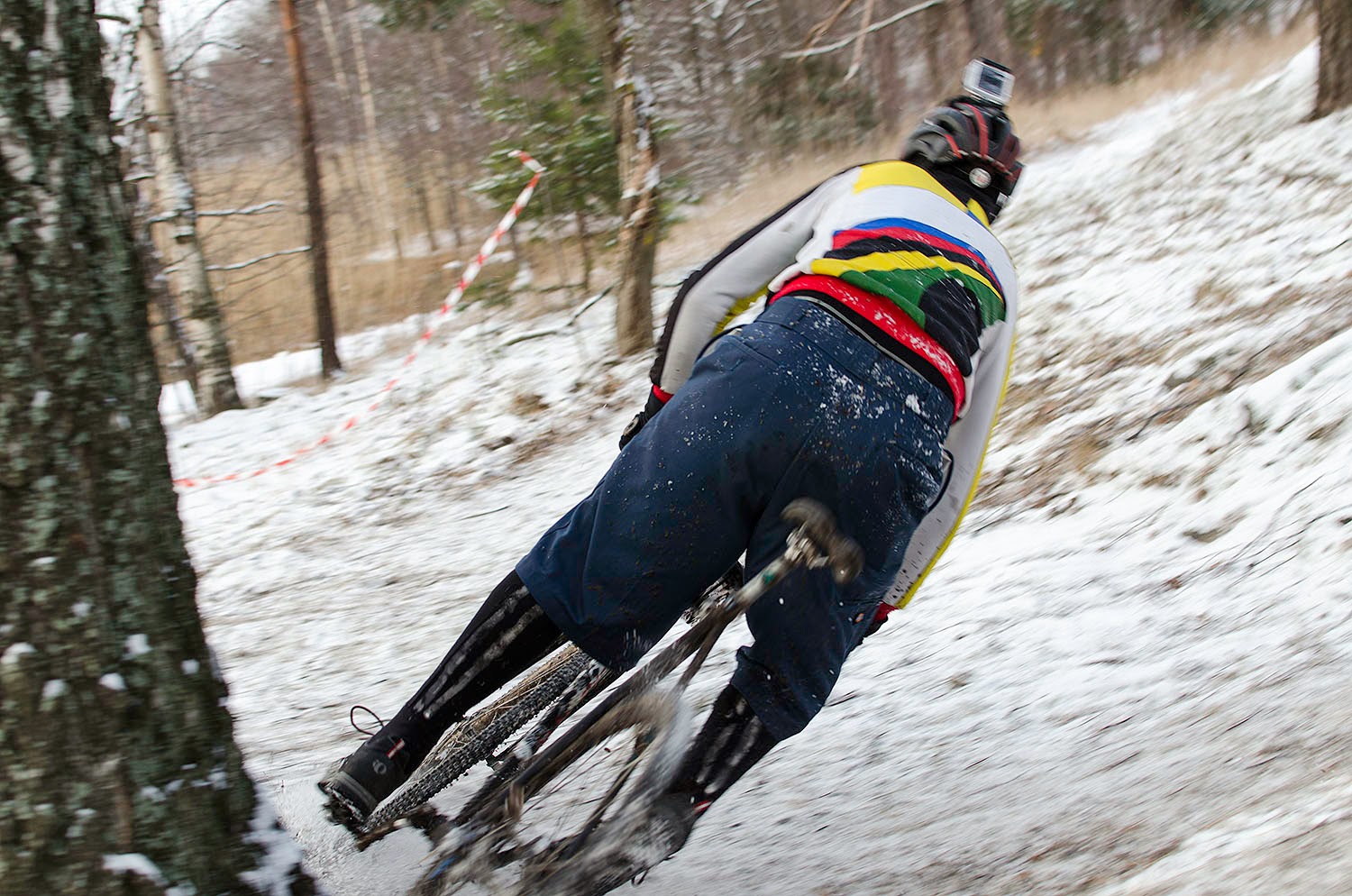 Taking this I thought that a zoom lens would have been handy. I took this shot with a 35mm/1.8 prime lens, and my “foot zoom” wasn’t quick enough to back off one step as might have been needed.

Followed the biker with my camera which made the background a bit fuzzy. A bit longer exposure time (1/200 sec) would’ve given it a nice, more blurry touch. 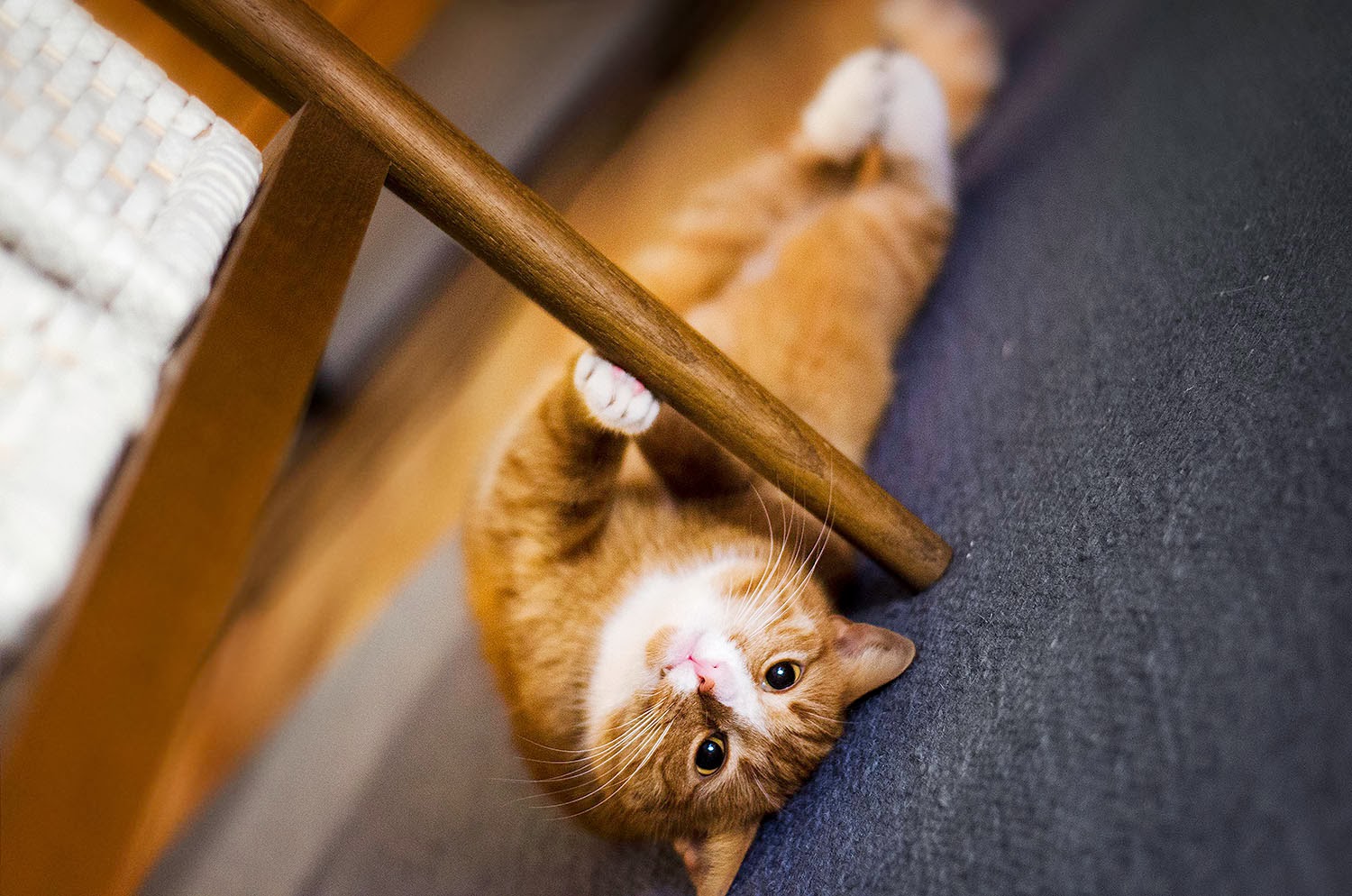 What does she think? Will the owner continue playing or is he to feed or to open the terrace door? He apparently has something related to me in his mind but what is happening now? Ah, a picture again.

What does she see? This is my interpretation based on some pages discussing cat colour vision, like Kitty Show. The soft, rather even light on her was achieved by reflecting the flash light behind the camera, towards the corner of the almost white walls and the ceiling.

Shallow depth of field on the cat picture is achieved by aperture f/2.0. (Nikkor 50mm/1.8) 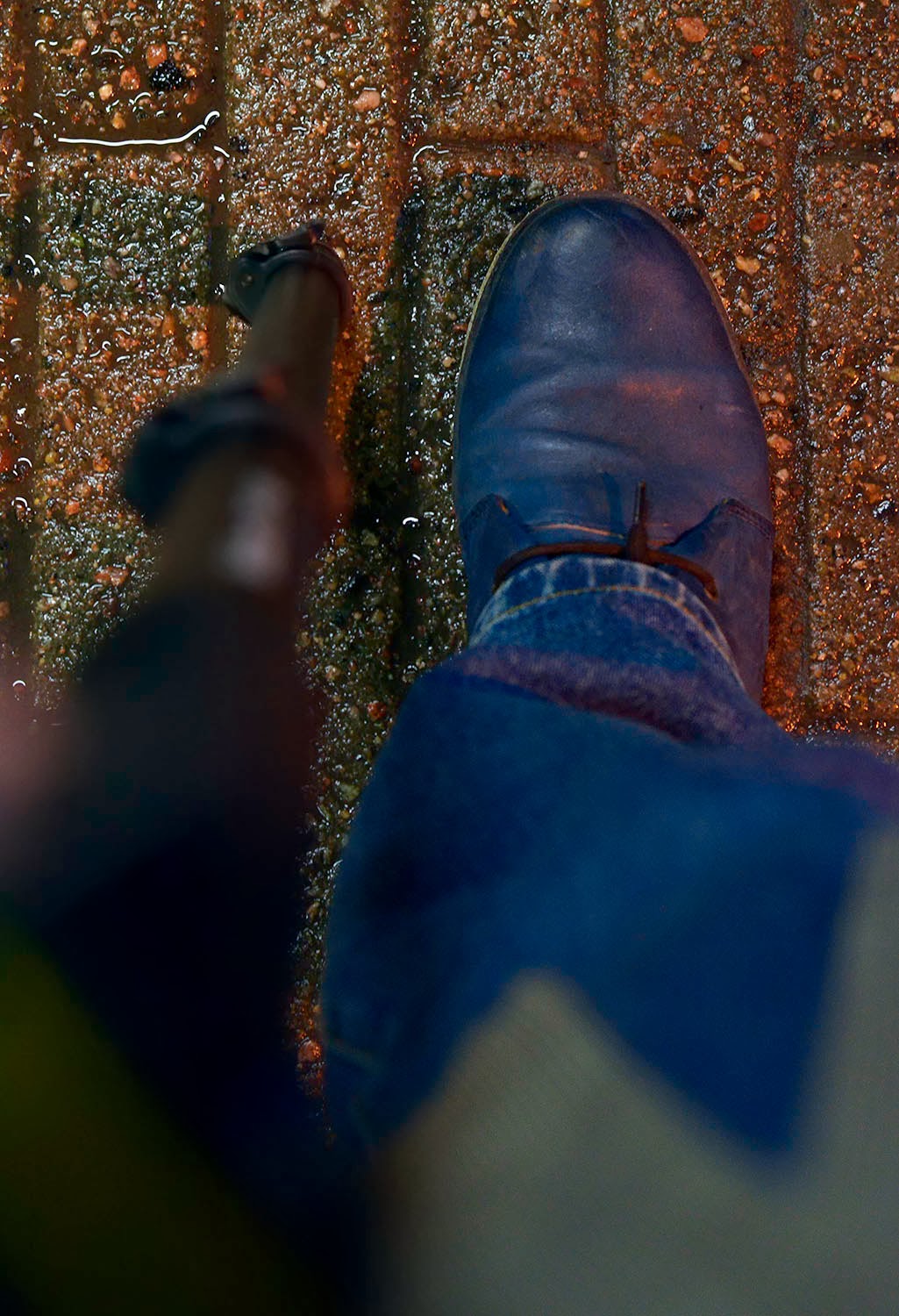 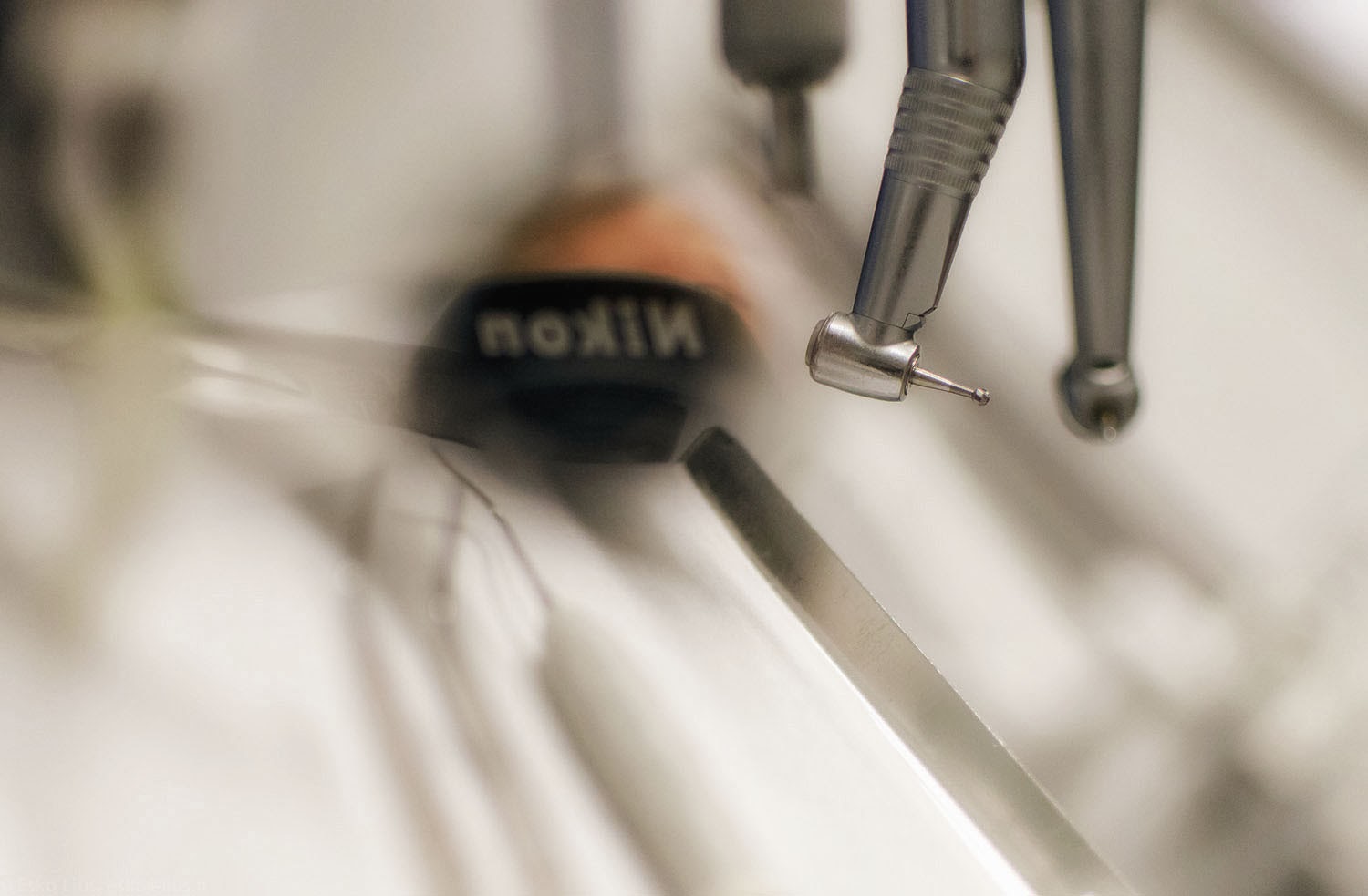 At the dentist’s for root canal treatment today.

There was a mirror, but not an ordinary flat one, so it was difficult to apply it in the picture. What’s more, blurring the background with a big aperture (f/2.0) made it difficult to adjust the distance of the mirror.

Shooting something for sharing it publicly is not always happy snapping.

I knew today will be a busy day.  In order to get a quarter of an hour for photographing at a railway station I chose public transport over my bike to commute to work.

Photos I took of the crowds at the platforms had no message. The one by the coffee shop door had a point but the protagonist was out of focus. The face of a girl in her make-up mirror was interesting but she didn’t like publishing the image.

I noticed it was misty out there. Mist has the magic wand to change even a most mundane environment into a mysterious place. 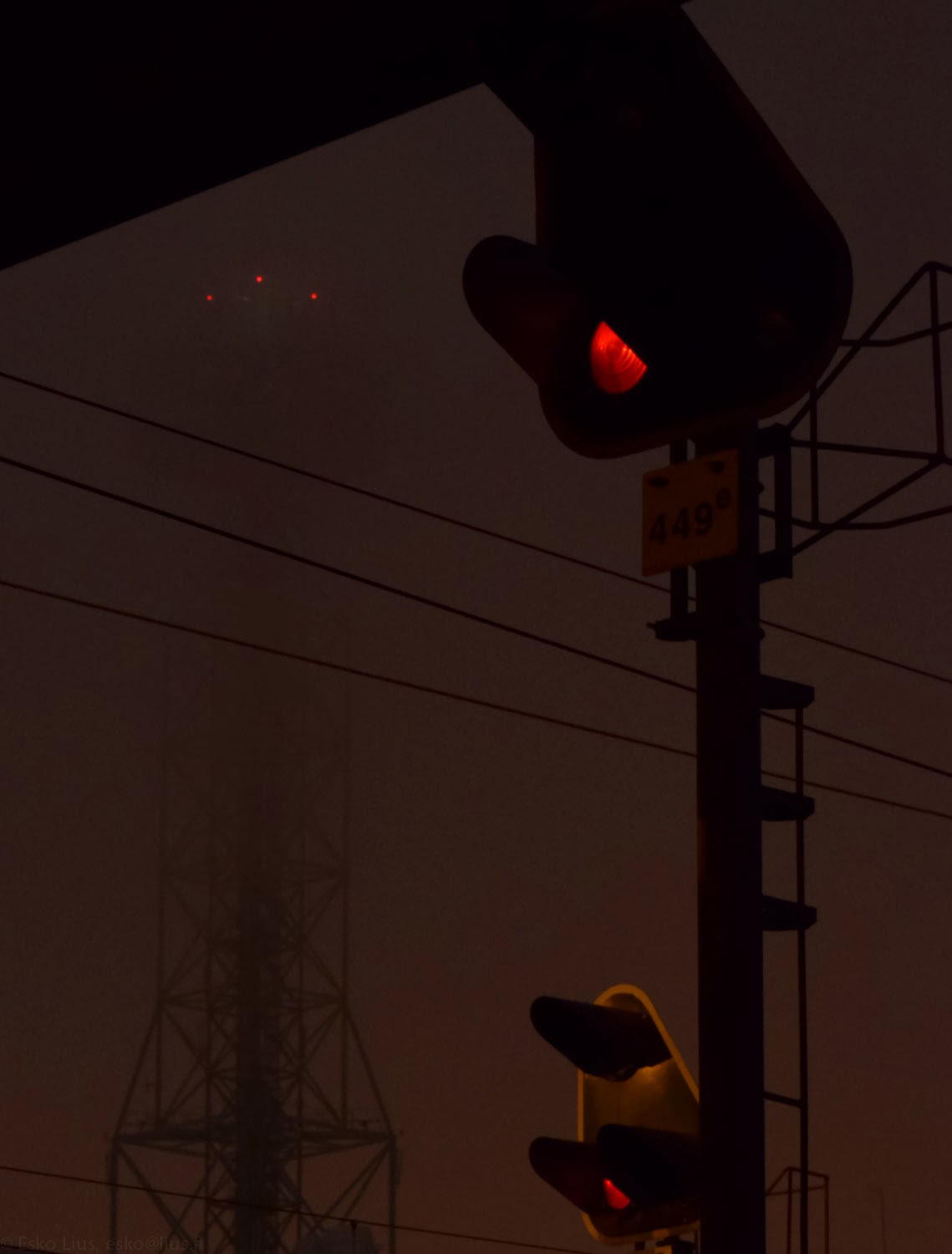 So, there we have it, the picture of the day. “A”-program in camera to choose aperture first. As small as possible. F/8 and ISO1600 meant 1/10 sec. Doable without a tripod on 85 mm (130 mm in fullframe) with a VR lens (or “IS lens” in Canon-speak). Exposure compensation -2,5 EV – otherwise the camera would’ve made it way too light.

Had to crop the original shot a bit, and remove some disturbing cables with clone tool in Photoshop. Oh yes, healed some nasty banding in the sky tones, too. But other than that, very point-and-shootish.