A concrete operational stage and a Colnago to wheel around it.

Powerlines and highway bridges don’t look so dull when they’ve gotten some decoration.  Reminds me of a Xmas tree.

I found this original shot boring, and decided to frame it anew and treat it as a b/w image. I tried several different settings in Silver Efex Pro 2 (part of Google Nik Collection). 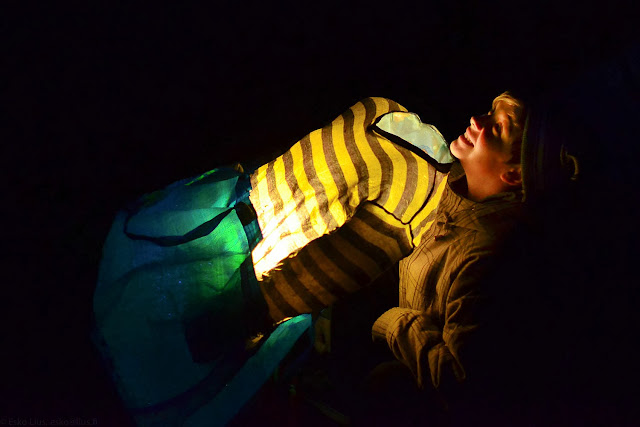 Is there a difference between a street shot and a studio portrait? 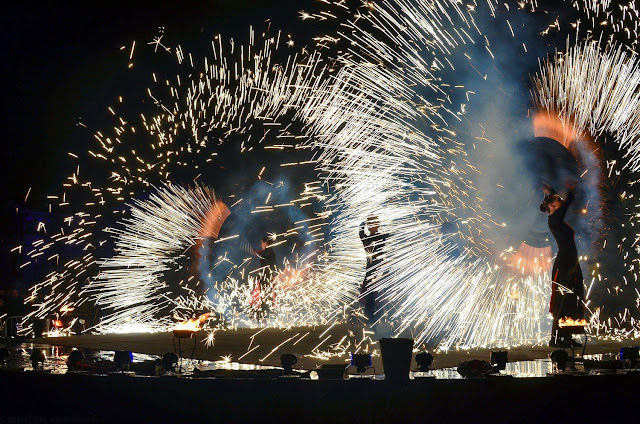 LuxHelsinki has a fire show among other light performances. Time 1/15 sec. 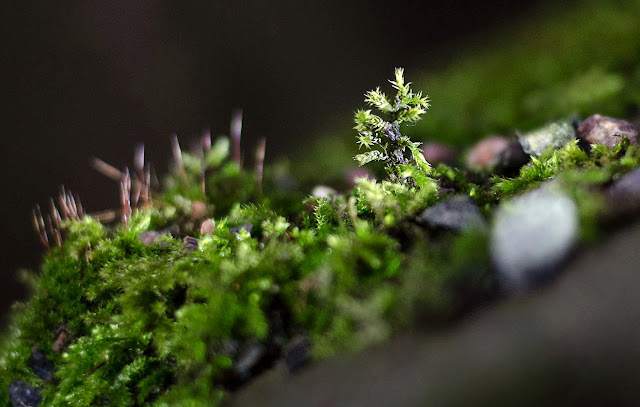 What time is this for a Sphagnum moss to get up and rise? In case it doesn’t know the calendar, let me remind that it’s January and plants should take cover as it is snow here now. Or there usually is, but not this winter. 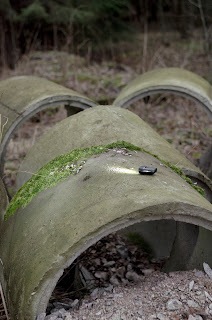 It’s been warm and cloudy. It’s weeks now since I saw the sun last time. Luckily I had bike lamps with me to mimic summer with bright beams.

These pictures are taken with a Nikon D7000 and Nikkor 50mm, apertures f/2.2 and f/2.5. One might get better results with a macro lens or a full frame sensor camera. 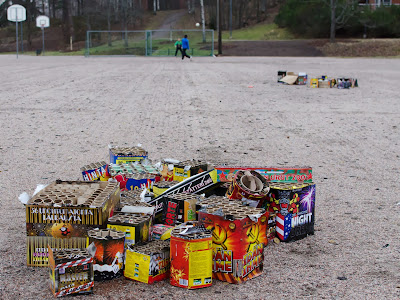 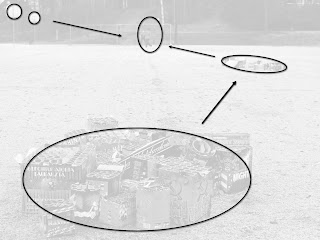 A photograph is an unsparing and merciless cut on the milieu. It isolates and frames a part of the boundless environment into a scene – a bit like saying “It is year 2014” sets a slice apart from the flow of time.

Today I cycled to the river Vantaa falls in Helsinki old town. I’ve been taking pictures there many times, and I wanted to find a new point of view this time. I decided to take a pic of this smaller outpouring.

The path to the final image

A regular shot on a cloudy day is taken with a rather fast shutter speed, a medium/high ISO number and a big aperture, so that in a fraction of a second a lot of light exposes the image sensor. Here (below) the shutter speed is 1/320 sec (f/4.0). The flow of water is terminated – not what I wanted to achieve.

Next I changed the settings: lowered ISO to 320 and reduced aperture to f/18, so that the sensor would need a longer time in order to get enough light. In the image below the shutter speed is extended to 1/8 sec. This time the water looks running.

Now the frame was more to my liking, but still it lacked spirit or drama. It was like a background for a model shooting, only the poser was missing. (Some changes in Adobe Lightroom & Photoshop made, eg. toned the image with Photo Filter layer tool.)

For the final image I used Google Nik Collection plug-in Analog Efex Pro. It adds a touch of “old time” to a photo. And, eventually, I changed a bit the way the Analog Efex Pro layer was mixed with the original (the toned) image. That, in the fullness of time, produced the Picture of The Day #1.

This blog is my contribution to the POTD, or Picture of The Day project.

You can call it a Post of The Day, as well. There’ll be a new post about photography every day. However, it’s likely that not all pics will be taken on that same day, even though that’s my master plan.